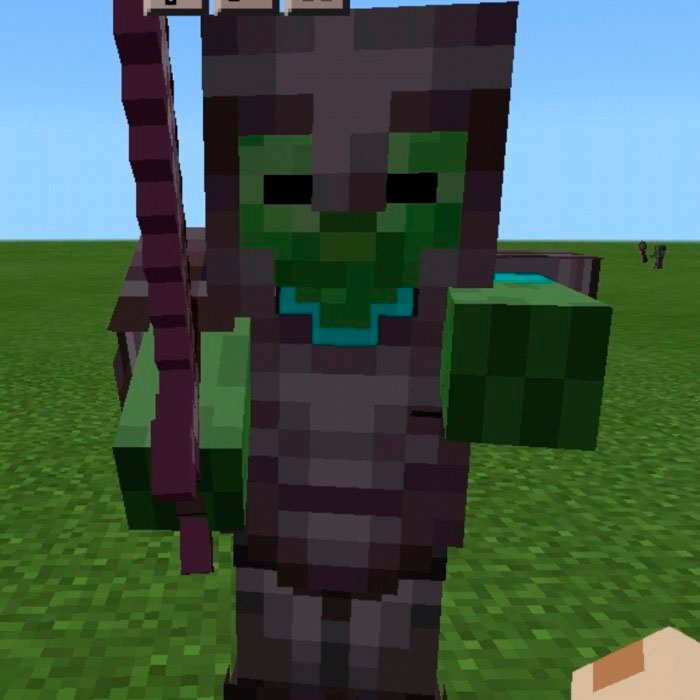 Summon command: / summon zm: elite_zombie
This new zombie will wear netherite armor and will appear in the upper and lower worlds. A very dangerous enemy that imposes the effect of poisoning and is very dangerous in battle. 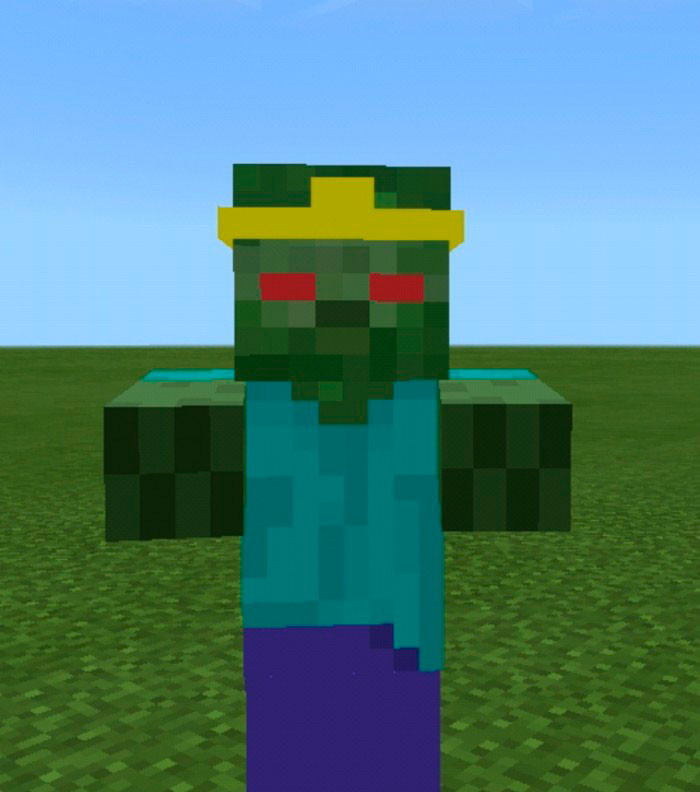 Summon command: / summon zm: zombie_king
A very powerful creature that can summon its elite guard to attack you. It can also impose the effect of poisoning and cause great damage. 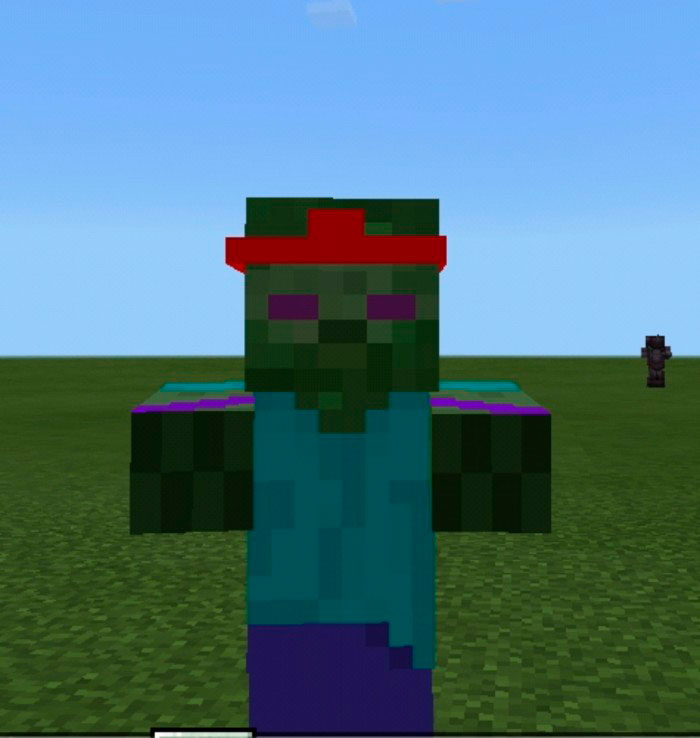 Summon command: / summon zombie_god
This creature will attack you with fireballs at a great distance, so be extremely careful. In addition to a strong attack, it has the ability to teleport and summons elite zombies.

Summon command: / zm: giant_zombie
This is the largest and most dangerous creature that appears after installing the add-on and has the largest health reserve and deals huge damage.