This creature came to the Minecraft universe straight from the game Half-Life and will be able to control other creatures. At its core, the headcrab itself is not dangerous and will not cause you much damage, but it is able to subdue other creatures making them unwilling zombies. At the moment, he can subjugate the player, villagers and pigs. Always wear a helmet to avoid becoming a zombie.

This creature will be very aggressive and will attack all other creatures including the player with its powerful sonic attack. This creature will stray into flocks and become very dangerous, if 4 such monsters gather in the flock, then at a time they can inflict up to 20 points of damage.

This creature can be tamed with all kinds of boiled meat, but be careful, even in a tamed video, it can damage you with its attack, albeit not on purpose.

This is the most aggressive creature that is in this modification, in addition to the attack of other creatures, it will attack even its brothers in appearance. This creature will live mainly in swamps, so now it will become very dangerous there.

This creature has two types of attack and is very strong in melee, so we strongly recommend keeping your distance in battle with it.

This creature will inhabit all the oceans of the game and, like all other creatures from the modification, it is very dangerous and aggressive. This mob will attack everyone who is nearby except for other Ictiosaurs.

This creature can be tamed using any raw meat. If you tame him you will be able to ride him and use his attacks.

Have you ever seen an underwater dragon? If not, then we present to you one of them. This is a predominantly underwater creature with an extremely nasty character, which will attack any target in its visible radius, even its own kind. This creature lives in all oceans, and with the onset of night it will get out on land. On land, it will also attack anyone who gets close. 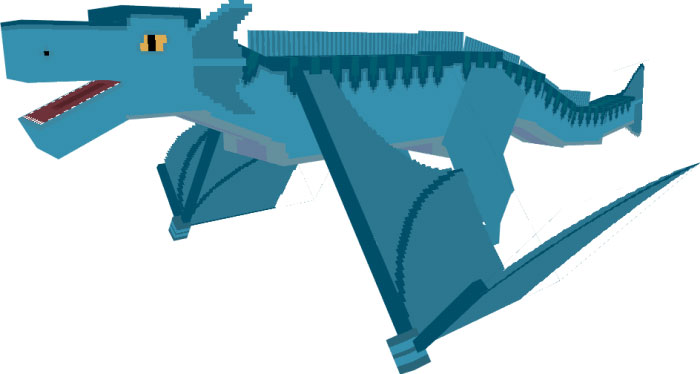 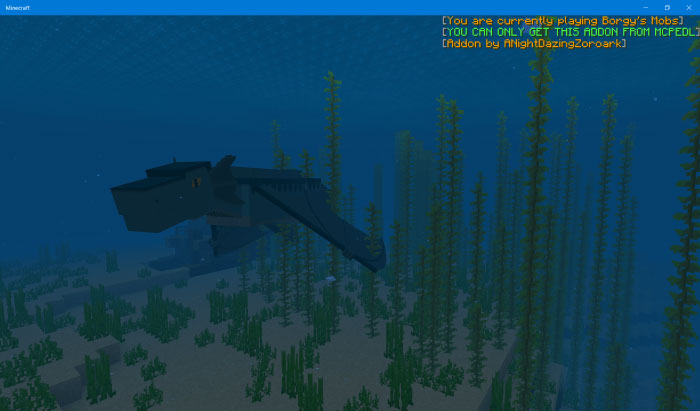 This creature can be tamed, but for this you need very powerful weapons and armor, because to tame you need an egg, and it drops with a 12.5% ​​chance. As soon as you have a Bakunava egg, place it in the water and wait for it to hatch. 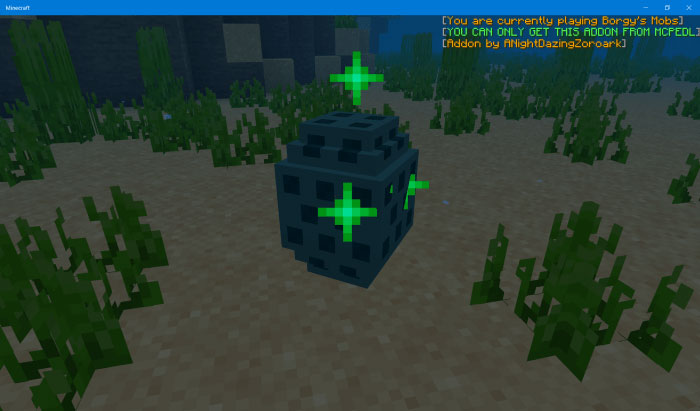 After the cub hatches, start feeding him any meat and when he becomes an adult you can saddle him and control him. To use the special attack, you need the Staff of Bakunava, thanks to which the dragon will be able to attack enemies with fire from its mouth.

In the craft of this staff, the heart of a creature will be used, which will drop with a 50% chance after its death. 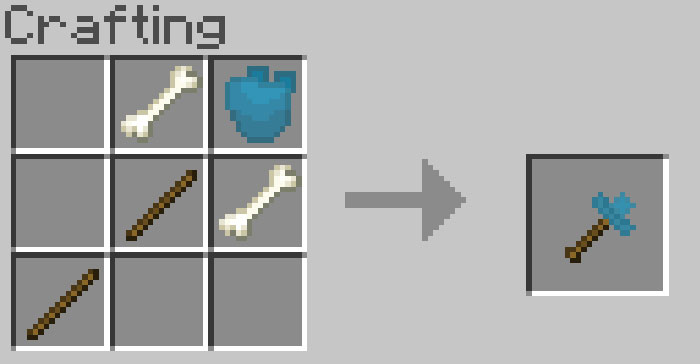 Also, the heart of Bakunava has another use, if you feed it to a tamed individual, you will receive a buff and speed up the restoration of life by 8 minutes.

IMPORTANT!!! For the mod to work, turn on the experimental game mode

How to install the mod you can read here