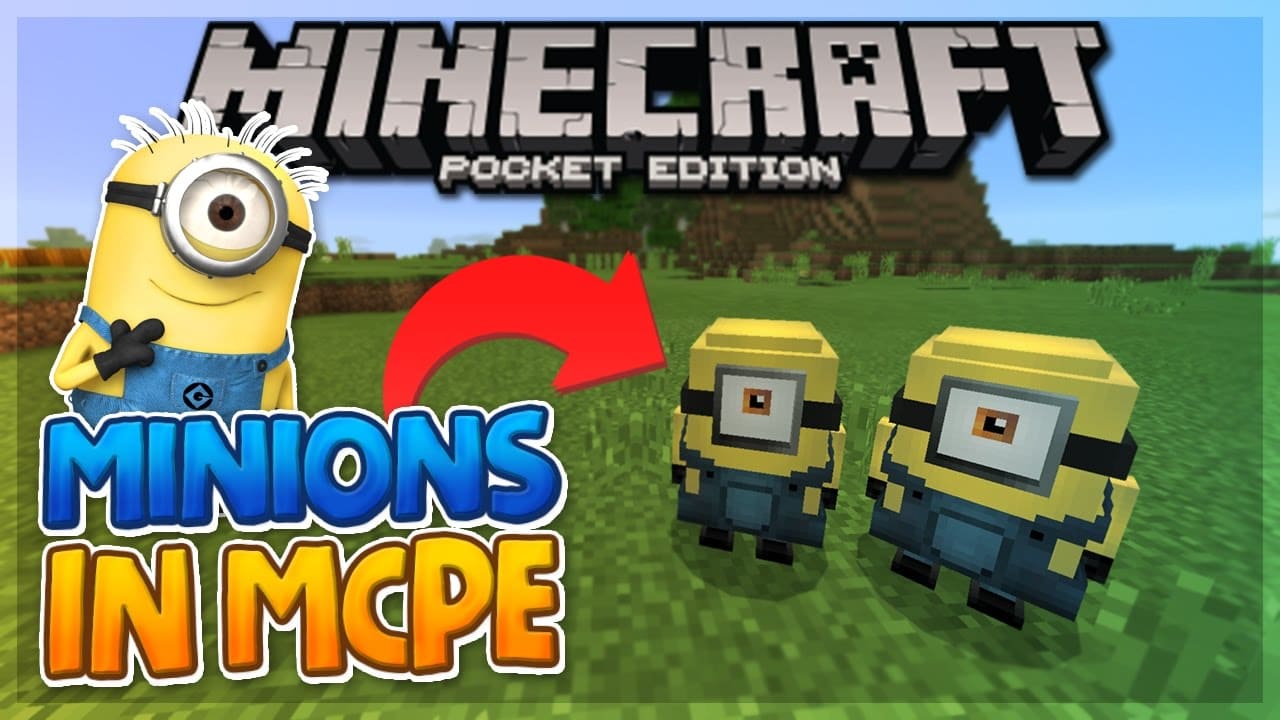 Minions are yellow, small, cylindrical creatures that are most known for their appearance in the Minions movie. This Minions add-on adds the minions (evil ones include) and Gru to Minecraft PE. The Minions are cute and can be used for multiple things. For example, you can tame them, have them fight for you or you can send them away on missions such as hunting or to go fishing

Minions can be found spawning in the Nether. You can also spawn them using the spawn egg.

A tamed minion will by default follow its master. You can command it to sit/stand (similar to a wolf) or even tie it to a fence post if you get tired of it.

It will take anywhere between 1-5 minutes for a minion to return to you after it has been given a task. You can then press the button to retrieve the items which are collected.

Minions are no cowards. If you get attacked by a mob your tamed minion will be quick to help you. And it will also attack anything which you attack

There are a few different ways that an evil minion can spawn. It replaces the skeleton so it does spawn randomly in your worlds. You can transform an ordinary (yellow) minion into an evil one a vice versa

Also, if a normal (yellow) minion is killed by an evil minion then it will turn into its adversary

Gru is one of the main characters who play a big role in the Despicable Me movies and has a minor part in the Minions movie. He was previously one of the most dangerous super-villains but has since retired and become a consultant for the Anti-Villain league

In this Minions add-on, he’s friendly toward players and can be tamed with a bow. Once tamed he will protect his owner against dangers and often so by using a levitation ray weapon

Other: The crops textures for carrots have been replaced by banana crops

If you like Minions add-on, I will show you more addons in mcpeaddons: