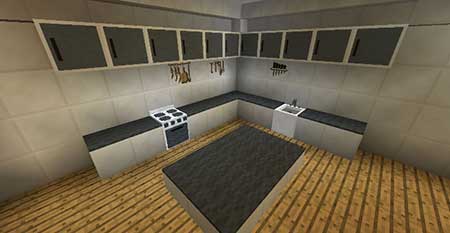 How it works?
Considering that all the furniture is a block, you can arrange and unfold it as soon as you want. Moreover, some items can be interacted with.

We warn you right away that in order to get blocks that are not available in the creative inventory, you will need to conduct several transactions with a villager. 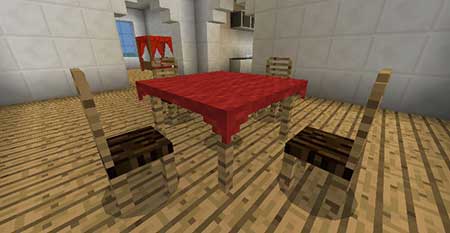 In addition, you can change the color of some of the objects using regular paint, so you won’t have any problems with choosing a uniform color scheme for the room.

The car replaces the witch, and instead of some of the paintings, there are now tools, so feel free to use them to decorate the garage.

Here’s a list of the new items and creatures they’ve replaced: